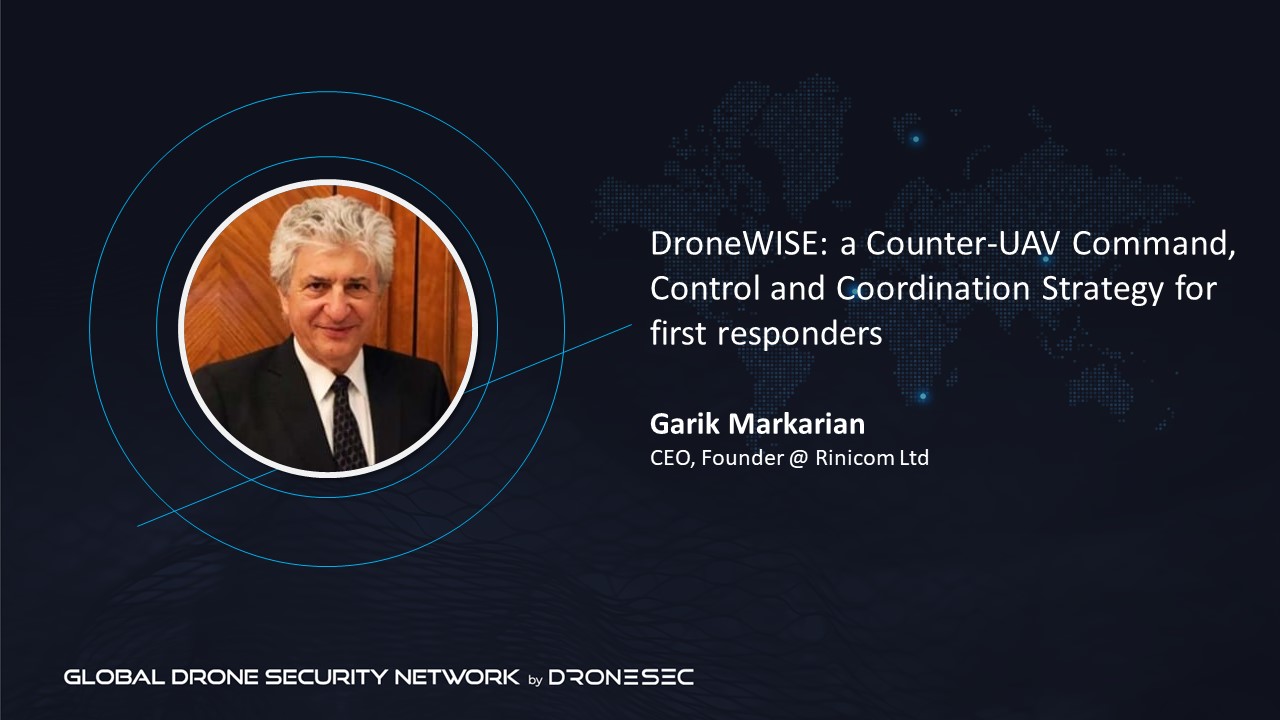 We are honoured to host presentation from Garik Markarian from Rinicom Ltd. If you haven't watched his talk "Counter-UAV Command, Control and Coordination Strategy for First Responders" please visit our YouTube channel.