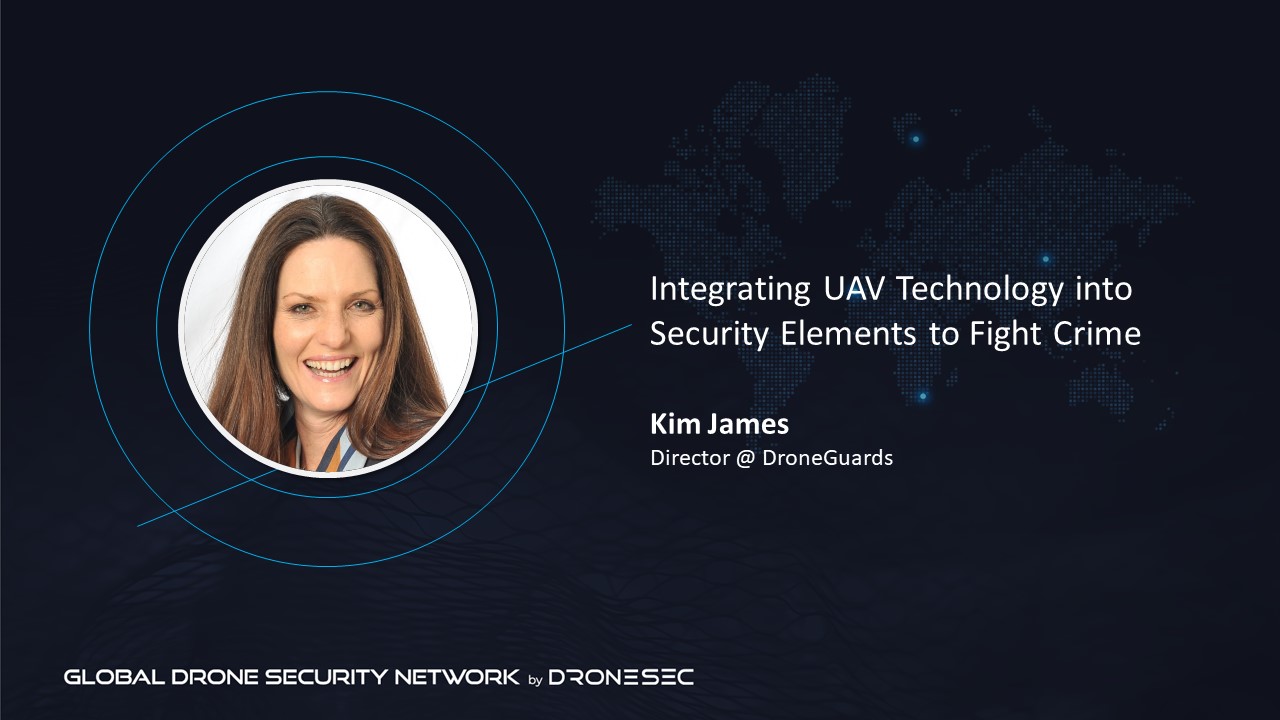 We are honoured to host presentation from Kin James from DroneGuards. If you haven't watched her talk "Interesting UAV Technology into Security Elements to Flight Crime" please visit our YouTube channel.