Our Red Team will conduct reconnaissance activities, including physical surveillance, intelligence gathering, and cyber scanning to identify potential gaps in security controls and craft targeted and concerted attack scenarios with drones which they will then execute against the target facility, perimeter, or Counter-Drone system.

Red Team attack simulations are the most realistic way to test the resilience of not only your Counter-Drone technology, but also your people, processes, and perimeters.

DroneSec help organisations prepare against motivated attackers by performing simulations of the threats observed around the globe. Organisations need to be ready to combat the airborne threat but are often limited by what they can do without Counter-Drone systems. Even when Counter-Drone systems are accessible, the numerous regulations, high costs, and levels of effectiveness are ambiguous at best.

Simulating a team of skilled and motivated attackers, the DroneSec Red Team will craft and relentlessly execute a series of real-life attack scenarios to breach your perimeter and bypass your Counter-Drone controls by any means possible (within the boundaries of the law and what is agreed upon by you). Thinking outside the box like a potential attacker, we will combine custom and commercial drones, payloads, hacking, physical intrusion, and other deceptive techniques to compromise your defences and gain access to your perimeter.

Red Teams may occur at any time to gauge your Counter-Drone system and vendor’s response times, which requires not having previous knowledge of the incident occurring. This is the most realistic scenario and ensures there is no time to prepare - reflecting that of a random drone attack. This is where Counter-Drone systems are put to the test and their real-world effectiveness gauged.

You can request specific inclusions if you require testing of a particular process or policy (e.g. physical access to the Counter-Drone system, wireless hacking from a malicious drone, or access to the Universal Traffic Management (UTM) system via a stolen drone system).

Get notified when a drone incident occurs involving your location or keyword. Local, National, Global. 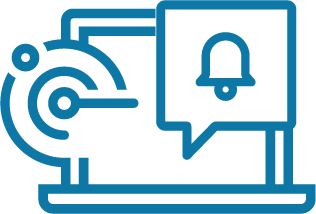 PREPARE FOR THE EXPECTED

Identify trends and patterns in your proximity, without
the guesswork. Drone-specific forensic kits. The right Counter-Drone system. Relevant response parties.

We are at the vanguard of the drone industries security transformation, shaping the future of drone, counter-drone and UTM systems globally.

THE RESEARCH ALL DONE FOR YOU

Access the Knowledge Base - frameworks, guidelines and research for the unmanned security sector. Access the bleeding-edge without reinventing the wheel.

Our team have worked across the military, defence forces, intelligence, drone and cyber security industry for many years. They’ll make sure the following components are rigorously assessed to give you peace of mind with your drone-powered business applications:

Report on the Results of the Assessment